If we sit back and evaluate the dates when folic acid fortification began and the fast rise of autism – do they correlate?

“In Spain, the prevalence of the MTHFR 677TT genotype has reportedly approximately doubled in the population since the introduction in 1982 of folic acid supplements for women in early pregnancy”…

“Folic acid fortification and supplement use might be “a genetic time bomb.” The first premise of this dramatic claim, that folic acid use increases the proportion of children born with the T allele of MTHFR, is as yet poorly documented and is clearly in urgent need of further study.

Studies of the MTHFR genotype frequencies in children before and after fortification should be carried out in countries planning fortification of food with folic acid. Thus, saving fetuses that have a genetic constitution that favors abortion or nonsurvival could lead to children being born with genotypes that favor increased disease during life””[1]

Autism began to quickly rise in 1993.

Is the rise of autism due to an increased survival rate of babies with MTHFR defects?

Countless children with autism have at least one bad allele of MTHFR – and many have two. Amy Yasko has yet to see any child with autism without a bad MTHFR allele. If you have – please correct me. [Amy Yasko’s book]

Are we doing the right thing in ‘optimizing pregnancies’ when in the end, we are actually creating weakened genetics and having babies born with various genetic mutations that cause them to have serious medical conditions later in life – or early on.

Women need to supplement with L-5-MTHF and Folinic acid – not folic acid.

This is a huge discussion and one that is very interesting to me – esp since my work with MTHFR over the last year.

Now – I’m going to throw a curve ball and make it more confusing.

If you look at current research on women supplementing with prenatals, the risk for having a child with autism goes down.[5]

Mothers of children with autism were less likely than those of typically developing children to report having taken prenatal vitamins during the 3 months before pregnancy or the first month of pregnancy (OR = 0.62 [95% confidence interval = 0.42-0.93]). Significant interaction effects were observed for maternal MTHFR 677 TT, CBS rs234715 GT + TT, and child COMT 472 AA genotypes, with greater risk for autism when mothers did not report taking prenatal vitamins periconceptionally (4.5 [1.4-14.6]; 2.6 [1.2-5.4]; and 7.2 [2.3-22.4], respectively). Greater risk was also observed for children whose mothers had other one-carbon metabolism pathway gene variants and reported no prenatal vitamin intake.

This is conflicting – or is it?

If pregnant woman supplement with a prenatal, risk for autism goes down? Yes.

Yet, folic acid fortification is causing an increased prevalence of MTHFR defects which may be a trigger for autism? Yes.

How can both be yes?

It is a balancing act and they are correlated.

If a woman supplements with a prenatal while pregnant, her methylation pathways are more likely to function. This allows the fetus to properly grow and also lessens the toxicity of the womb by reducing toxic burden.

Yet, this same prenatal that is fortified is also increasing the prevalence of MTHFR defects in the population because the baby now lives and is passed on the MTHFR defects.

I’ve found further support for this medical hypothesis. I am pleased to see that researchers thought of looking into this far before I even conceived of the idea….and I thought I was onto something 🙂 Since women are now supplementing with increased levels of folic acid, they are more likely to carry to term and have improved methylation; however, once the infant is out of the enriched folic acid womb, it is on its own unless the parents supplement the infant with additional folate, b12 and other methylation support nutrients such as choline, b2 and b6.

What happens when weaning occurs?

These are questions we need answered from further research and clinical data.

I want to share with you exactly what a team of researchers stated about this medical hypothesis. In fact, the title of their theory is quite similar to what I named may May 2012 article: “Folic Acid Fortification, Increase in MTHFR and Rise in Autism?”

The title of their September 2008 paper:

“Has enhanced folate status during pregnancy altered natural selection and possibly Autism prevalence? A closer look at a possible link.”

I cannot summarize their study better than they, so here is their conclusion:

It is hypothesized here that the enhancement of maternal folate status before and during pregnancy in the last 15 years has altered natural selection by increasing survival rates during pregnancy of infants possessing the MTHFR C677T polymorphism, via reduction in hyperhomocysteinemia associated with this genotype and thereby miscarriage rates. This also points directly to an increased rate of births of infants with higher postnatal requirements for folic acid needed for normal methylation during this critical neurodevelopmental period. If these numbers have increased then so have the absolute number of infants that after birth fail to maintain the higher folate status experienced in utero thus leading to an increased number of cases of developmental disorders such as Autism. Detection of the C677T polymorphism as well as other methionine cycle enzymes related to folate metabolism and methylation at birth as part of newborn screening programs could determine which newborns need be monitored and maintained on diets or supplements that ensure adequate folate status during this critical postnatal neurodevelopment period. source

If we prepare the man and woman nutritionally, spiritually and physically prior to getting pregnant, while pregnant and postpartum, then the likelihood for a healthy baby greatly increases.

But it doesn’t stop here.

Most doctors and woman stop supplementing postpartum and the newborn child is faced with chemicals, toxins and dozens of vaccinations.

We must not forget to encourage a healthy environment for the newborn child while at the same time identifying if methylation defects are present. If so, then address them. If we do this, then the rates of autism go down for the first time in history.

This is very empowering and something that all men and women need to embrace fully.

Here is how you support your MTHFR and Pregnancy.

Then don’t stop there.

Keep supporting your child so their MTHFR variants won’t be an issue. 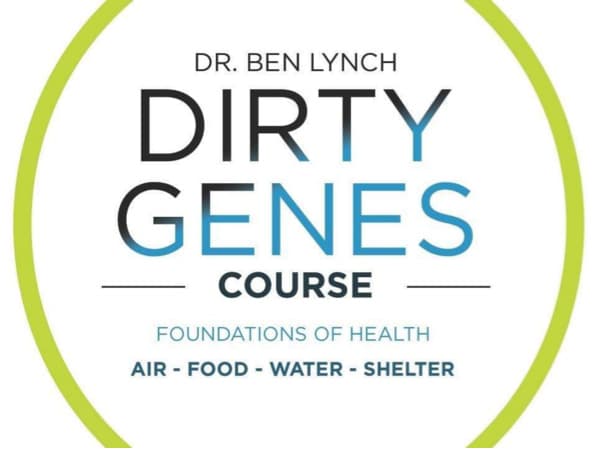