Birth control, in the form of oral contraception, is known to lower folate levels in women.

Obviously, this is undesirable when women discontinue the ‘Pill’ in order to become pregnant.

The paper, Oral contraceptives: effects on folate and vitamin B12 metabolism, sums up ‘the Pill’ on folate levels:

Oral contraceptives impair folate metabolism and produce some degree of ‘folate depletion…. Since pregnant women are predisposed to the development of a folate deficiency and thus to complications associated with this deficiency, we were concerned that women who became pregnant shortly after stopping the use of oral contraceptives might be at a higher ‘risk of these complications. Martinez and Roe demonstrated that this concern was valid and that women who became pregnant within 6 months after discontinuing oral contraceptives had lower levels of serum and erythrocyte folate than those who had not used these compounds. It is reasonable to ensure that a woman who stops using the Pill and contemplates pregnancy either has adequate folate stores or takes folate supplements before becoming pregnant.

This is a significant enough of a concern; however, it gets potentially worse.

Add in MTHFR defects which are present in over 50% of certain populations.  Mexican and Italian ancestry are most at risk for MTHFR defects.

MTHFR is an enzyme that is needed to make the most active form of folate, methylfolate.

If women take specific types of oral contraceptives and also have the MTHFR C677T mutation, then their methylfolate levels are highly likely to drop below normal thereby causing significant issues.

What are the potentially significant issues caused by the mix of oral contraception and MTHFR C677T defects? Anything that relates to diminished levels of folate and methylfolate – that is a long list.

Special thanks to Keyena McKenzie, ND for providing these options

Not satisfied with those birth control options and you want to remain on ‘the Pill’?

Be sure to keep your methylfolate and methylcobalamin levels healthy. Consider taking 1/2 to 1 tablet daily of Active B12 with Methylfolate. Simply place under your tongue in the morning and allow to dissolve. If you have the MTHFR C677T mutation, you may need more than 1 tablet daily. Watch for the methylfolate side effects – if you get them – you may be taking too much methylfolate.

Recover Beyond the Pill

Read Beyond the Pill to replenish your heath

by Dr. Ben Lynch on March 16, 2012 in MTHFR and Pregnancy, MTHFR Mutations

I would not do paraguard iud with the mthfr mutation! I have c677t one bad copy and I had the copper iud for 2 1/2 years, I became so copper toxic because my body couldn’t detox the copper. It has taken me a year on methylfolate and methylb12 to feel somewhat normal but I am still trying to detox the copper. I got my iud out in October. Right now my husband and I practice natural family planning.

I am 51 years old with 5 children. I just found out I have MTHFR. My CRP levels are very high and my uterine lining is very thick. My doctor want to put me on 75mg of progesterone. Is this safe to do? Just trying to find out as much information as possible as I start this journey. Thank you for your website. I am anxiously awaiting your program delivery.

I have one copy of MTHFR. What if we also have Severe PMS (possibly PMDD) since age 15? now age 42… I’ve been researching & reading that it’s possibly linked to ovulation. Ladies who take Meds that suppress ovulation, like the birth control pill are feeling better. I worry about blood clots, since I read this can increase with Mthfr + pill. I’m sure it makes a difference whether we have one or two copies of Mthr gene mutation, but do you have an opinion or research on this? Anyone have experience they can share? Thx

…and I have no children. I was recently prescribed customized Biodentical Progesterone cream. But, I’m not sure that is enough or if that affects ovulation?

Since IUD is recommended as safer above, i want to add that I’ve heard some awful side effects of IUD. I knew a massage therapist who had hers removed to plan kids with her new husband. She had 2 kids with her previous husband that died, but wanted a child with her new husband. She discovered she could no longer have kids because the IUD left too much scar tissue on her female parts. Sad. He left her because she was infertile. He was younger & wanted kids. No IUD for me. I don’t want kids, but i don’t want scar tissue either.

0
Reply
A
Reply to  Crosswind

I actually had mini strokes while on birth control. (Ortho trip cyclen). I only have one copy of the gene. At the time my folic acid came back really low which is why I got tested for this gene

Hi Becky – I am not sure. Interesting idea and seems at first glance ok but I am not the best at hormones.

I supplementing l-methylfolate, b12, b6, lipoic acid necessary if my homocystine, b12, etc are in optimum range?

Hi,
I have a double defect c677t and have been suffering from severe anxiety for years. I just started with a new neurologist who is familiar with MTHFR and genetics. He’s so thoughtful and smart. My anxiety is much higher the week before menses. He had suggested I try birth control, but not until he could further research if their is a heightened risk of stroke in patients with MTHFR. I am not currently taking any medication. I stopped deplin (7.5mg) because it made me extremely irritable and a very uncomfortable feeling of constant, extreme, uncontrollable anger. I tried the multivitamin from seeking health with L-5-MTHF, but only to have it trigger severe panic attacks. I have tried Niacin, but it always makes my heart rate go extremely high and stay that way for a prolonged period (about 138-150bpm). So supplementing while on birth control may not be my best option. Any opinion or advice would be greatly appreciated.

0
Reply
My Un-Vegetarianniversary, Announcements, and Being a MTHFR Mutant | Raw Food SOS

[…] But the most interesting discovery (apart from some mysterious South Asian heritage) ended up being something I’d previously known nothing about: MTHFR mutations. The MTHFR gene codes an enzyme called methylenetetrahydrofolate reductase, which is involved in folate metabolism—and when it’s defective, you’re at increased risk of all manner of gnarly ills: blood clots, migraines, Alzheimer’s, miscarriages, fibromyalgia, certain cancers, autism, stroke, chemical sensitivity, birth defects, heart disease, depression, and IBS, oh my! The impact can be far-reaching for not only diet and supplement routines, but also other lifestyle components: for instance, if you’re a premenopausal lady, having a MTHFR mutation could make oral birth control pretty risky. […]

0
Reply
What is an MTHFR Gene Mutation? - Wellness Mama

As I have become perimenopausal, I have become a homicidal maniac who’s diapers couldn’t contain the flow of menstruation and fibroids. I started getting migraines with visual disturbances of seeing things I knew weren’t there. I was willing to do just about anything to make stop. I tried a Mirena IUD that the fibroids laughed at it and threw out of the womb. Low dose birth control was an immediate miracle, and I take it continuously, so I don’t have periods or anemia. For the sake of public safety, I don’t think I can give it up. But I’m heterozygous and have been supplementing with the B recommended on this site.

I dont know who you are but I am in the same predicament……If you could email me I would love to talk to you
laurenapril76@gmail.com

Hi
I understand the pill causes nutrient depletion in some of the b’s as well as folate. Do you have any idea how quickly this stops after stopping the pill? Eg I stopped the pill a month ago, am I likely to be absorbing all my nutrients already?
Thanks

What about HRT. I’ve had a total hysterectomy. And need it. But I’m having a very hard time finding a dose my body can tolerate. Any suggestions

research aloe vera juice(we use George’s) as an aid in getting blood sugar levels(and lipids) down.
My formerly prediabetic 13 yo(A1298C homozygous, homozygous for several other MTHFR snps) just has her A1c retested. It was 5.5.

Carol I bought aloe vera juice at whole foods last yr but it tasted horribly! It also gave me terrible heartburn. Did YIU mix it with something or drink it straight? I’d love to get my A1C down. I’m homozygous C677T…. Thanks!

George’s has NO taste.

Can someone please give me suggestions if you’re 37 and in surgical menopause and need the hormones but don’t seem to flushing them out well. What b s can I take please I’m desperate and would love some insight.

All bs are important! Methylated folate, b12 and hefty hefty doses of b1 and magnesium should help! A lot of people forget how important b1 is! B1 aids in the production of atp (energy) for our body. It is critical.

Because of the genetic mutation you will need to take b1 in the form of lipothiamine. There is a company called ecological formulas that makes a great Lipothiamine. Magnesium is needed because it helps the body absorb the vitamin b.

Some people have reported quick and significant improvement following this treatment coupled with a well rounded b-complex vitamin.
Good luck!

I found out I have this thing (monozygot type)/with a random blood test, doctor put in the note that I have allergy to birth control? WTH? I have continued (on a daily basis, no 7 day rest) with my birth control pill. Never had any problems, no clots, no DVT, nothing. I still don’t believe that having this genetic glitch makes any difference to me: I am skinny (117 lbs), never smoked, don’t drink, fit, eat healthy, no problems whatsoever.

the link to the active b12 with methylfolate is broken. Can you say what it is that I’m looking for? Methyl B12 & Methyl Folate? Metafolin?

Thanks Jen – here you go – https://www.seekinghealth.com/active-b12-with-l-5-mthf-60-lozenges

I have been on HRT since Sept 2011 when I had to have a total hysterectomy due to cervical cancer and endometriosis. For the past 3 years I have been on BHRT in the form of pellets inserted every 3 months. They give me estradiol and testosterone and I take progesterone in pill form. Recently, I found out that I have two copies of the C677T genetic mutation and I came across your website. I found this article and I am wondering if hormone replacement is regarded the same as contraception. I was 27 when I lost all my reproductive organs including my ovaries and I am 33 now. Within the last 6 months, my doctor can not give me estradiol because my labwork is showing that my body is making it somehow and making too much of it at that… since my levels are coming in at the high levels of an ovulating woman. I am wondering if the production of estrogen has something to do with this gene mutation. I am aiming to be balanced hormonally and now I am unbalanced as my body is making too much of something and without having ovaries it isn’t understood how my body is making it on its own. Could C677T be the answer? Thanks

Is it safe to take the plan n pill

Hi, i have a copy of the mutation and I’m trying to figure out the best birth control for my body, I’m been thinking copper iud but it can cause worse periods and cramping. What are other safe options? 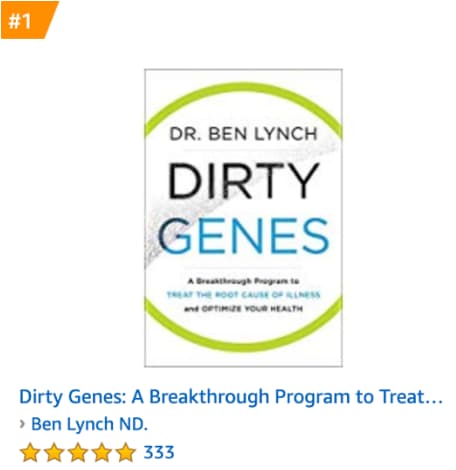 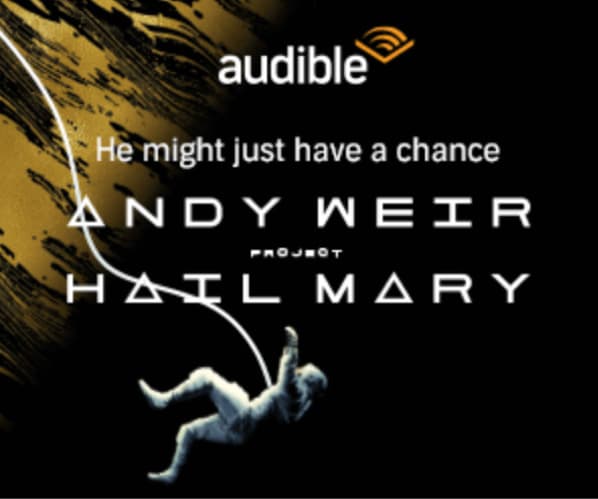